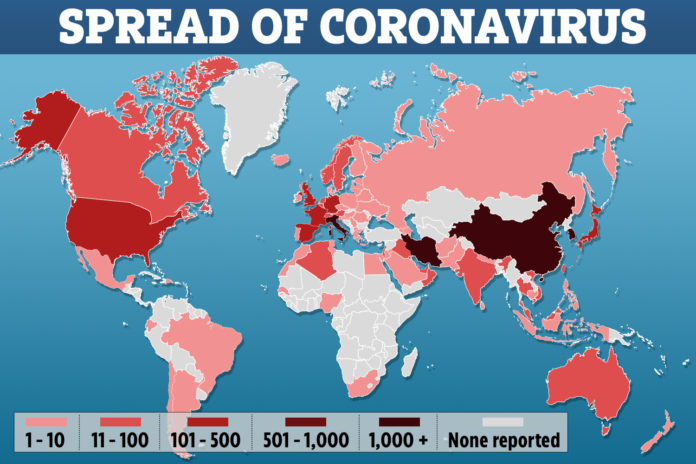 Spokesman Lijian Zhao, who works in Chinese Foreign Ministry, accused the United States of causing coronavirus. Patient Zero 0, according to China, was an American who brought the virus to Wuhan.

The COVID-19 virus has already been labeled a pandemic by the WHO, the World Health Organization. It began spreading in Wuhan, China in late December 2019, which would later be spread throughout the planet.

The virus has so far caused financial markets to collapse after their worst days back in 1987. Governments around the world have lost billions of dollars.

So far, at least 137,445 cases have been infected and there are already 5,088 dead. Chancellor Merkel points out that 80% of the population is likely to be infected with the virus.

Chinese Foreign Ministry spokesman Lijian Zhao has put the US in the spotlight, saying they were caught on the spot discussing the virus. He continued to post on his Twitter profile asking questions like: How many people are infected with you? Tell and explain how the virus first arrived in Wuhan? You owe us a great explanation.

However, it is assumed that China continues to draw attention to other countries, in a word, wanting to cover up what has been done.

However, you should stay home. Take care of your loved ones. Get enough vitamins through fruits and vegetables. Hopefully the virus will pass faster and we will all be safe.