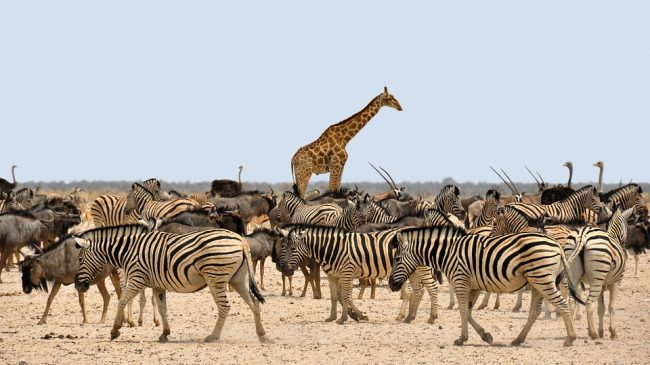 Every day, more and more, we lose this planet. It’s really sad, but when will we wake up? We share this place here with many plants and animals and people still take it for granted that this planet is theirs.

An increasing number of plants and animals are being put in the edge of extinction. We have to stop this. It’s not a joke. Really. What we have now, we must preserve.

This time, in addition to the previous post on Bumblebee, both types of giraffes are added to the list. Their habitat has been destroyed by humans, so they have been added and are in danger of extinction.

According to numerous reports, one of which is the International Union for Conservation of Nature (IUCN), giraffes have been added to the red list of extinctions and their numbers were reduced by about 40% in the last 30 years. It’s really frightening.

Those two species of giraffes are: Kordofan and Nubian. However, not only these two species, most of their species have suffered heavy losses due to construction, mining, poaching in Africa and a number of other illegal activities.

This time, the alarm about the endangered species should be heard loud and clear.