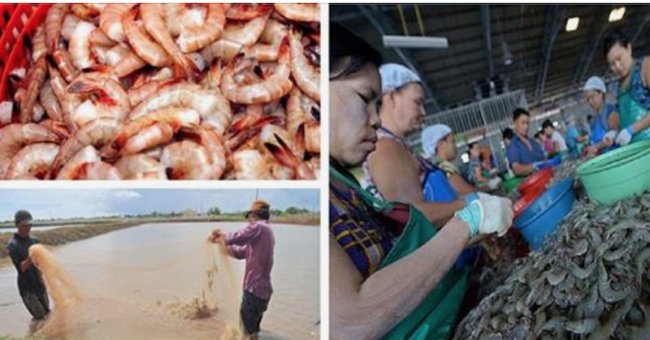 Is sewage and illegal drugs mixed into your favorite shrimp dish?

Food & Water Watch is an advocacy group that focuses on this issue, and they claim that more than 9 out of 10 fish consumed in the United States is imported. Fish farms supply half of all imported fish and seafood.

Shrimp is the most popular seafood in our country, and foreign producers will go to any length to meet the demand.

Because crowded shrimp are sick and packed with medication, “intensive production” and “healthy growing environment” do not belong in the same sentence.

According to experts, an intensive shrimp operation lasts seven years before the ponds become too polluted for shrimp to survive. Antibiotics, pesticides, and drug-resistant pathogens abound in farmed shrimp.

To kill fish, mollusks, fungus, plants, insects, and parasites, chemicals are utilized. You, believe it or not, consume a portion of these substances.

Where did your shrimp come from?

The federal Country of Provenance Labeling Law requires fresh seafood labels to provide information about the origin. In fact, 50 percent of the shrimp sold in supermarkets do not have a label. Typically, they are processed. Small retailers, too, do not identify their prawns.

The Government Accountability Office contains some information that is valuable.

Thailand supplied our country with roughly 916 million pounds of fish in 2010. Thai officials have no food safety agreement with the FDA, and our government cannot guarantee the quality and safety of our seafood.

Ecuador is in the same boat. The country can sell fish to facilities in nations that do not require Ecuadorian government accreditation. In other words, the United States can import tainted fish from Ecuador. We imported 243 million pounds of seafood from this nation in 2010.

Fish and seafood found in the wild

Consumer Reports tests reveal that wild shrimp from US seas are the least likely to contain germs and pesticides. However, this may provide an extra environmental danger.

According to the paper, for every pound of wild-caught shrimp, 1-3 pounds of other species are trapped and killed in shrimp nets. Buy shrimp with a Blue Fish Label that has been approved by the Marine Stewardship Council. This mark certifies that the seafood originates from fisheries that adhere to the Council’s sustainability guidelines.