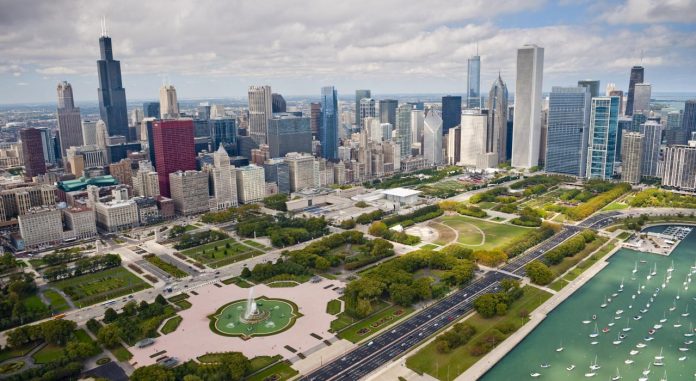 1. Gaze at footwork-inspired projections at Art on theMART

What exactly is it? Every evening between 9 and 9:30 p.m., a 25-story-tall visual display takes over the side of the Merchandise Mart.Why should I go? Art on theMART returned to the Merchandise Mart’s 25-story-tall facade in April, but the attraction’s new roster of summer programming, such as Footnotes, an animated celebration of the footwork music and dance genre that originated on Chicago’s West Side during the 1980s, offers an exciting array of new images to ‘ooh’ and ‘ahh’ at.

2. Make the most of Chicago’s summer festivals season

What exactly is it? An informal term for the summer months when a variety of festivals, ranging from the enormous throngs of Lollapalooza and Ruido Fest to smaller art and literature fairs, appear on Chicago streets practically every weekend.Why should I go? We’ve spent a lot of time indoors over the last year and a half, so these festivals (the most of which were canceled in 2020) are a particularly lovely way to spend summer this year.

3. Spend an evening in the parks

What exactly is it? Since 2013, the Chicago Park District’s Night Out in the Parks program has collaborated with over 100 local groups to provide free arts, culture, and entertainment events to parks around the city during the summer.Why should I go? The programming is obviously geared at families, but the variety of activities is broad enough to appeal to virtually everyone. The two-night Latin Jazz Festival at Humboldt Park on July 23 and 24, where you can hear upbeat performances from Latin jazz ensembles Luiz Ewerling & AMADA and James Sanders’ Conjuto, and the Grant Park Music Festival’s month-long string of classical concerts running from July 2 through August 21 are highlights of this year’s lineup.

What exactly is it? This once exclusive 24th-floor area atop the Carbide & Carbon Building—the Michigan Avenue skyscraper that famously resembles a Champagne bottle—is now available to the public as part of the Pendry Chicago hotel.

Why should I go?

Although it is no lon

ger a members-only club, the bar’s French Riveria-inspired decor lends a sense of exclusivity. Split a bottle of Whispering Angel rosé with your pals and imagine you’re relaxing on the Côte d’Azur for the day.