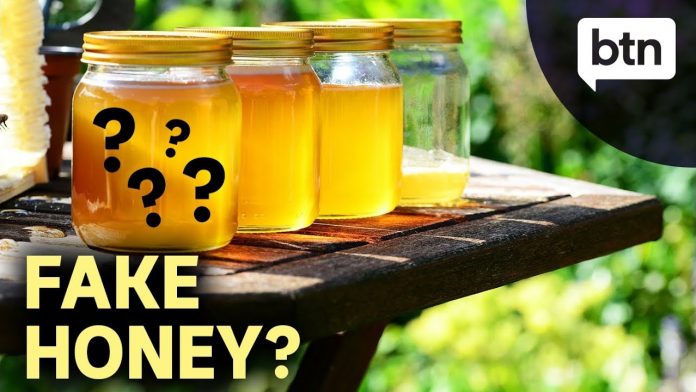 We all enjoy honey. It’s super-sweet, tasty, and enhances the flavor of our tea. Next time you’re in the honey aisle debating whether to buy an expensive premium artisanal honey or a store-brand nectar in a plastic bear, think carefully before you buy.

Food Safety News conducted a thorough study and discovered that 76 percent of honey sold in grocery stores has been processed with “ultra-filtration,” a procedure that eliminates not just contaminants like wax, but also pollen remnants. When all brands were considered, generic brands were found to be the most likely to be ultra-filtered.

Ultrafiltration has a wide range of difficulties. Many people believe that pollen and other “impurities” are actually beneficial to our health, making honey a far better choice than alternatives like sugar.

This procedure does not provide many significant advantages. On the contrary, it is costly and, contrary to what manufacturers claim, does not enhance shelf-life.

They argue that ultra-filtration should be avoided primarily because pollen is the sole means to determine the source and location of the honey. Ultra-filtered honey is frequently used to hide dubious origins, particularly Chinese honey, which is subject to high import taxes due to heavy metal contamination and illicit antibiotics.

Chinese ultra-filtered honey is sent via byzantine routes, and their product is placed on shelves duty-free.

Honey samples were submitted to Vaughn Bryant, a renowned melissopalynologist and Texas A&M University professor. He discovered that three-quarters of the honey lacked pollen, rendering it unrecognizable and hazardous. Here are some of his discoveries:

His tests revealed that honey from co-ops, farmers markets, and retailers like Trader Joe’s had 100% of the original pollen.

Many people have expressed their concerns to the FDA in an attempt to prohibit contaminated and smuggled honey from reaching grocery store shelves, but they have been unsuccessful.

The EU modified the labeling requirements and mandated that honey containers include “pollen” as an ingredient, over the objections of certain honey growers, particularly those who consider the original pollen to be a vital component of their product.

One ounce of raw honey contains 20 distinct vitamins, 18 amino acids, 16 minerals, and a high concentration of antioxidants and phytonutrients. It possesses potent antibacterial, antiviral, and antifungal effects, as well as being extremely nutritive.

Raw honey is high in B2, B3, B5, B6, C, magnesium, potassium, calcium, sodium chlorine, sulphur, and phosphate.

If you’re concerned about the quality of the honey you’re purchasing, make sure you only buy it from reputable markets and natural food stores. FSN discovered that there aren’t many ultra-filtered honeys in these areas.

Source: organichealth.co — (You have our permission to reprint this article via creative commons license if you attribute us with a live backlink to this article. — Organic Health) 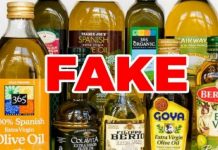 FAKE Olive Oil is Literally Everywhere! How To Know Whether It Is Fake Or Original Olive Oil? 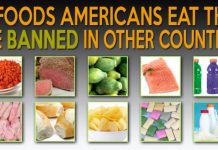 10 American Foods That Are Banned in Other Countries 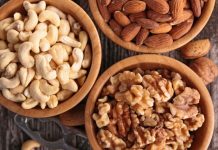